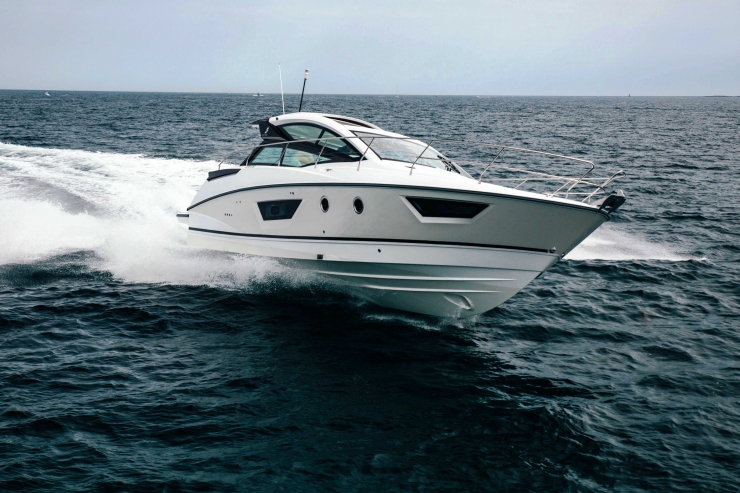 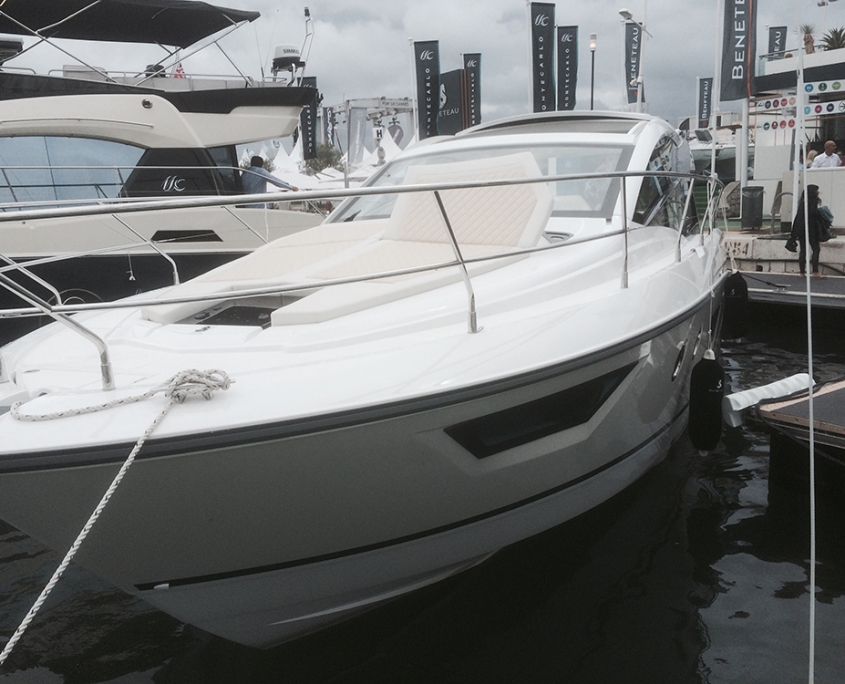 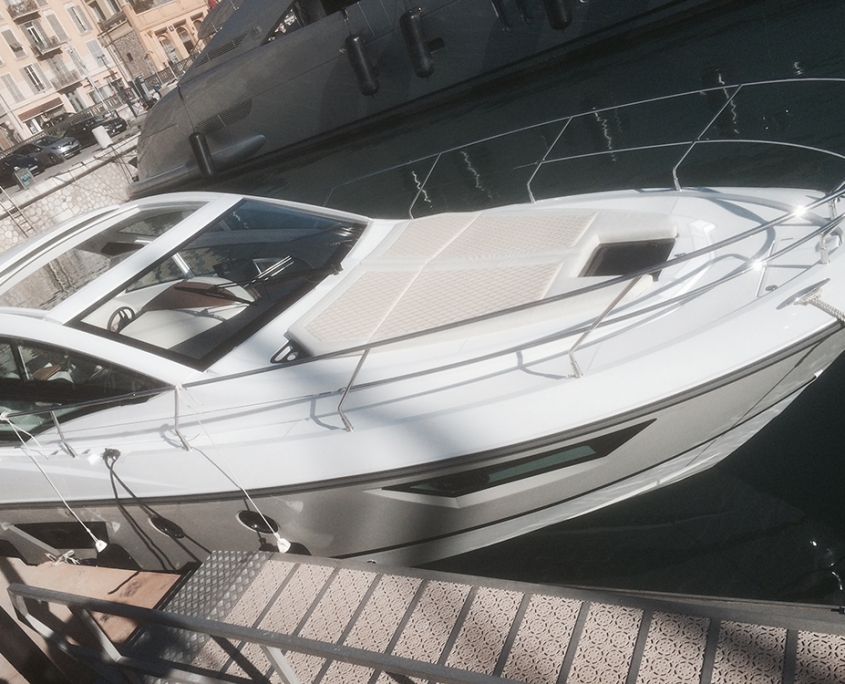 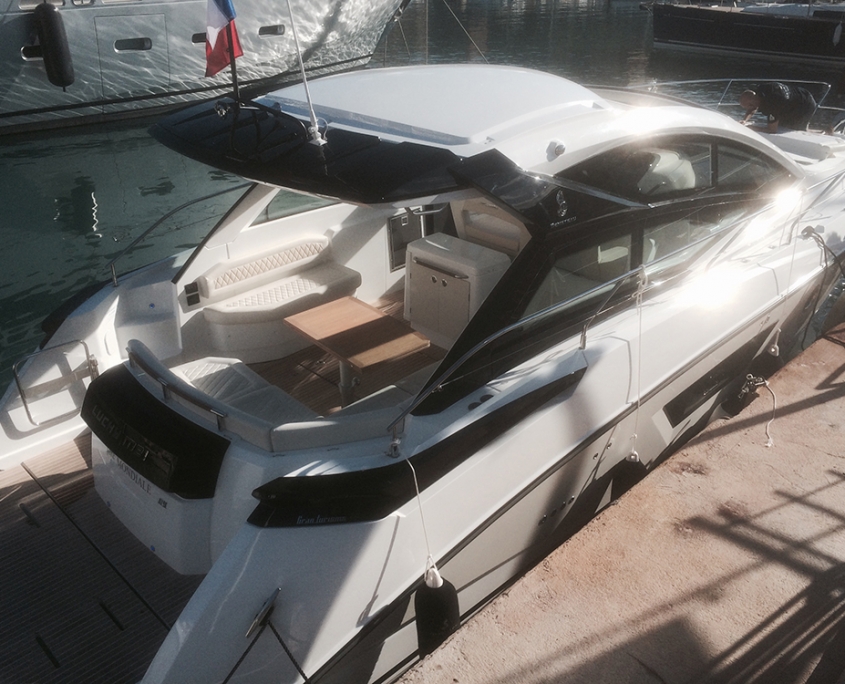 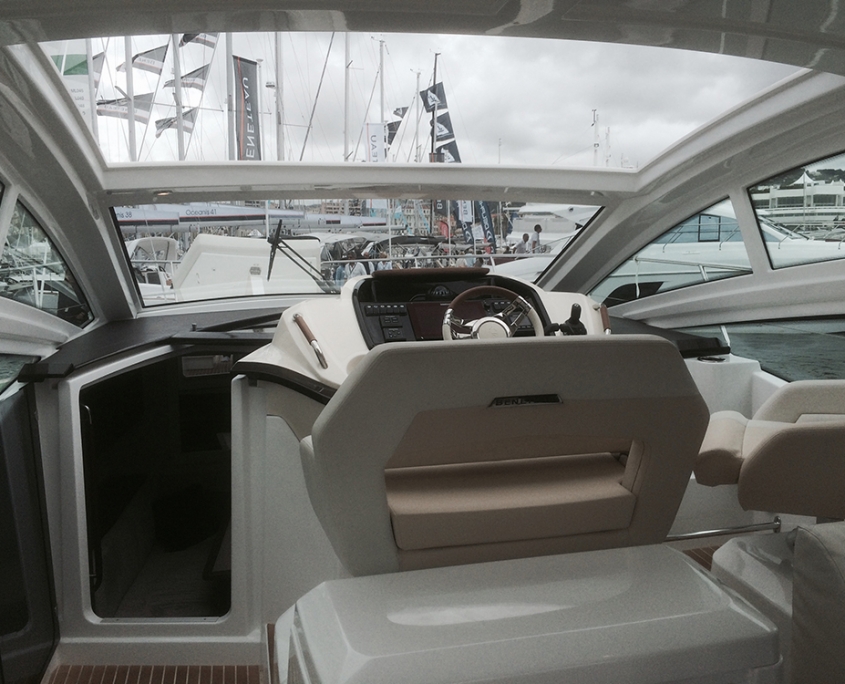 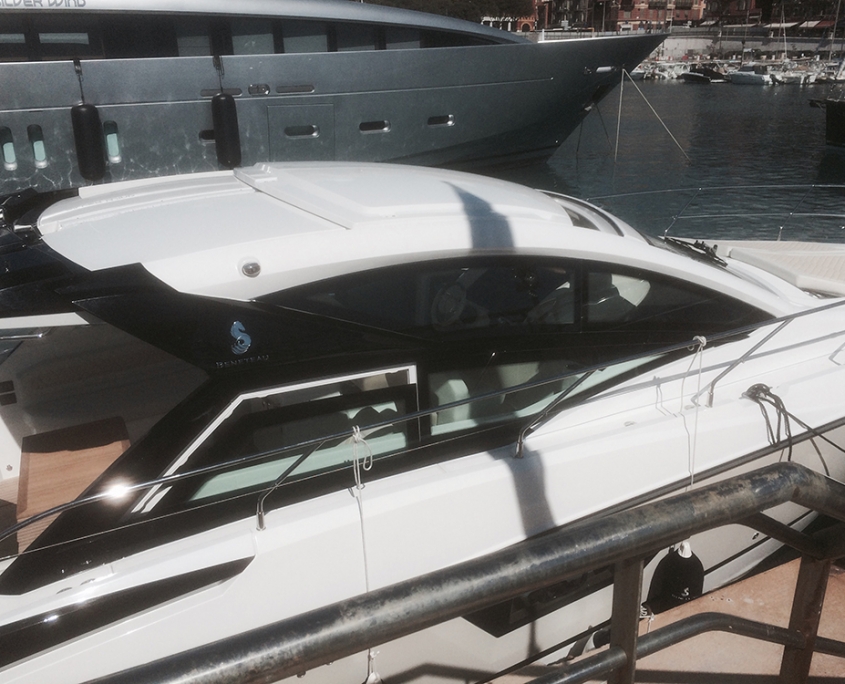 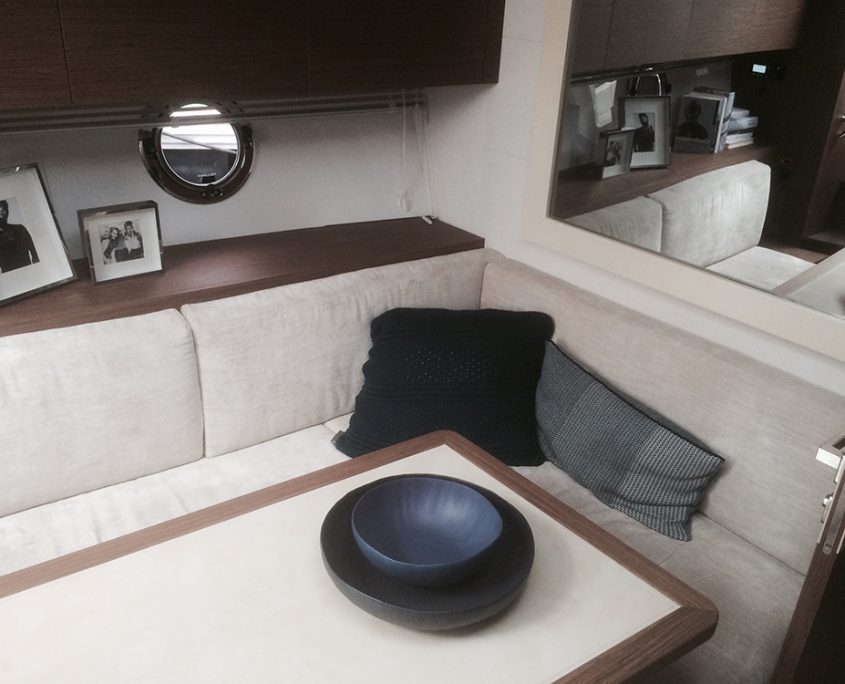 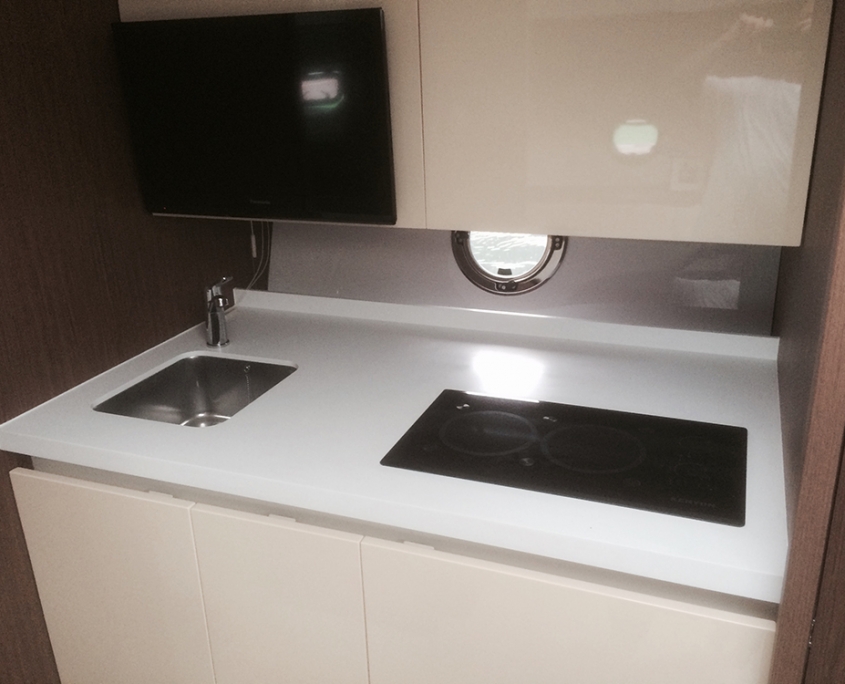 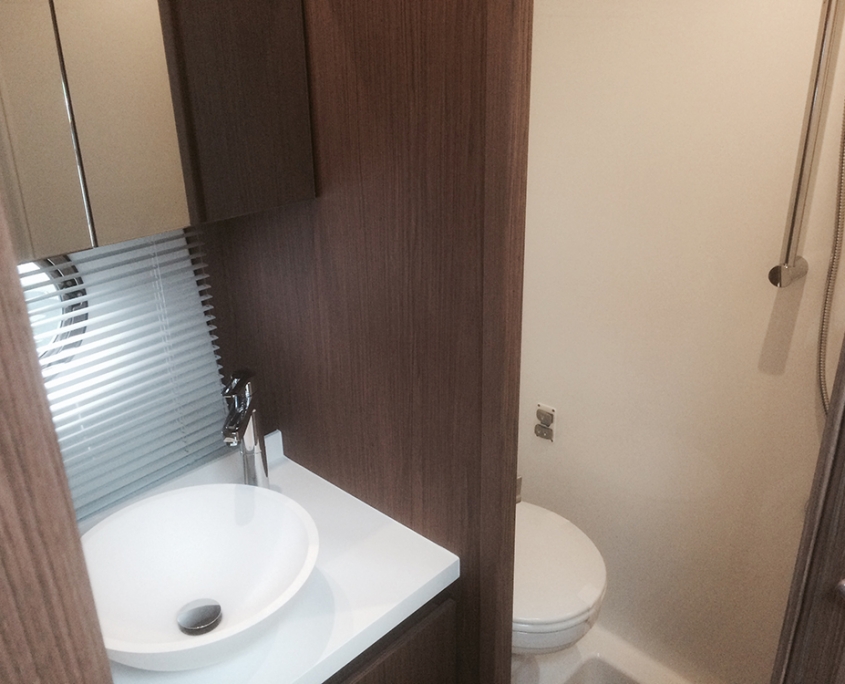 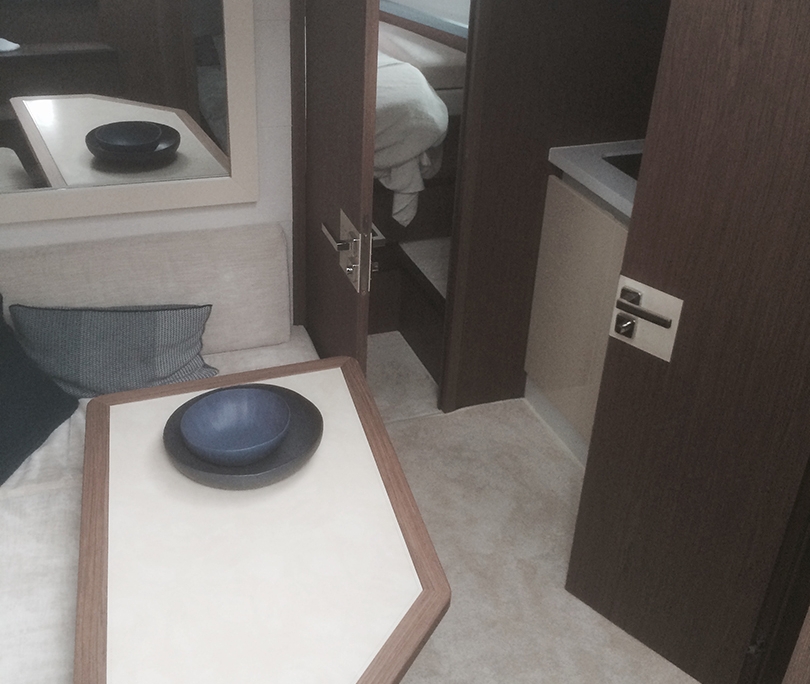 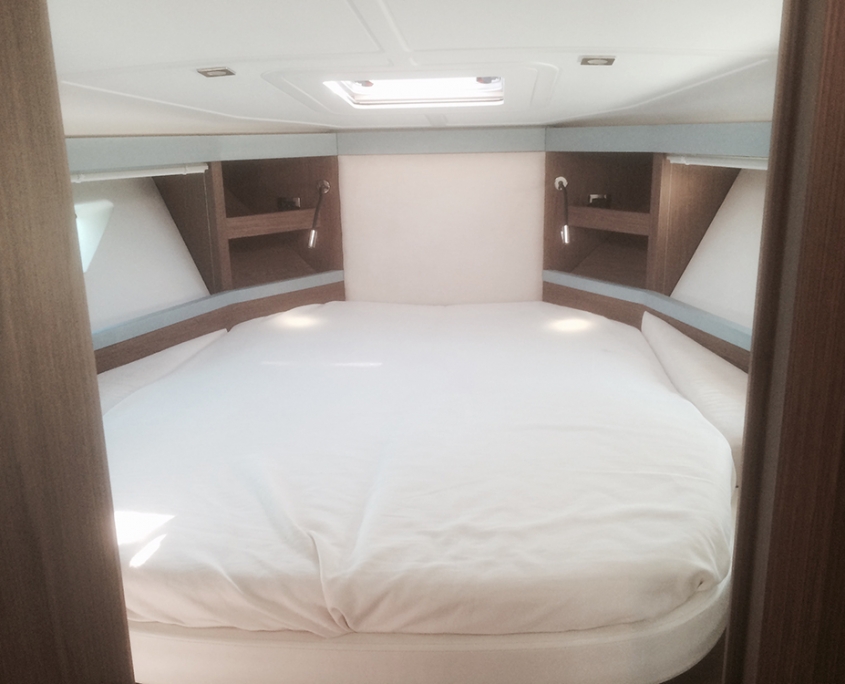 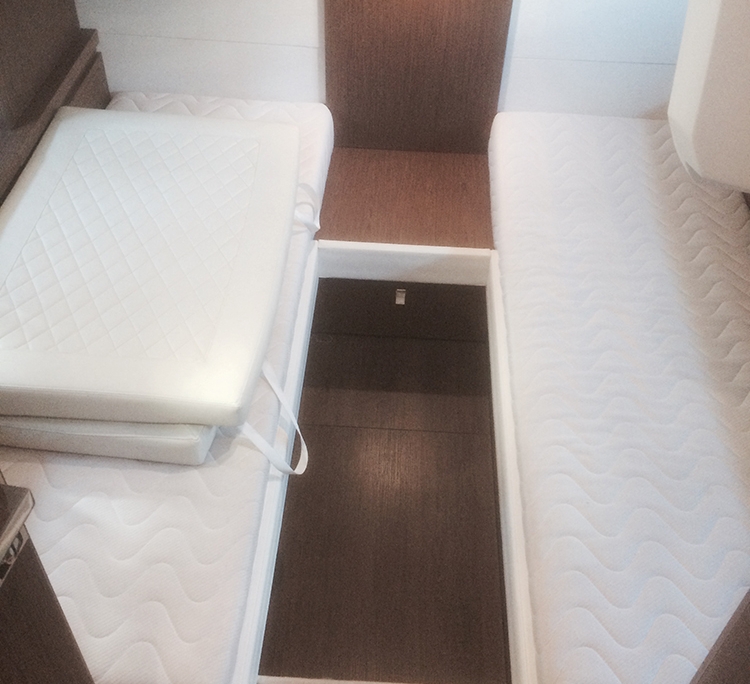 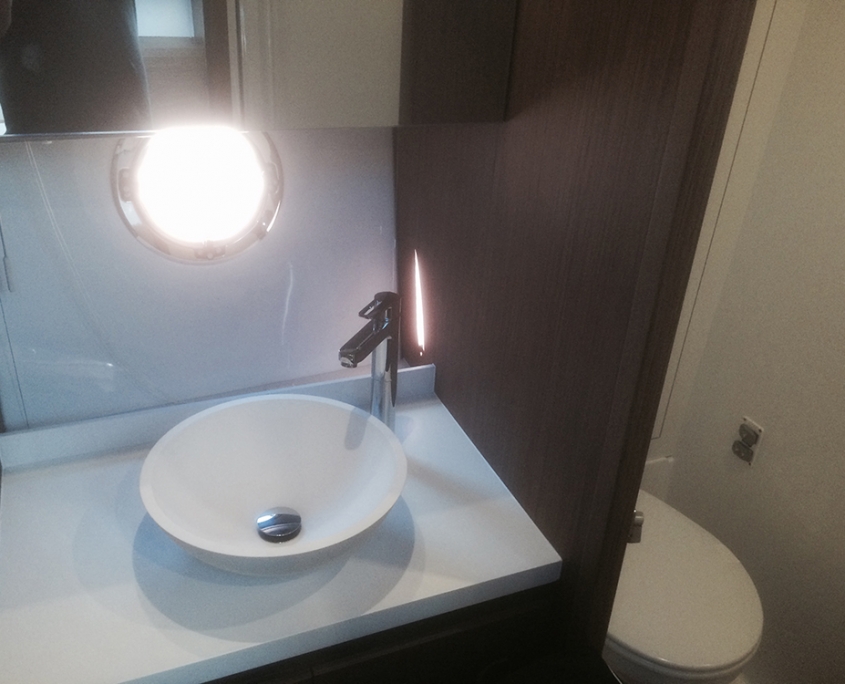 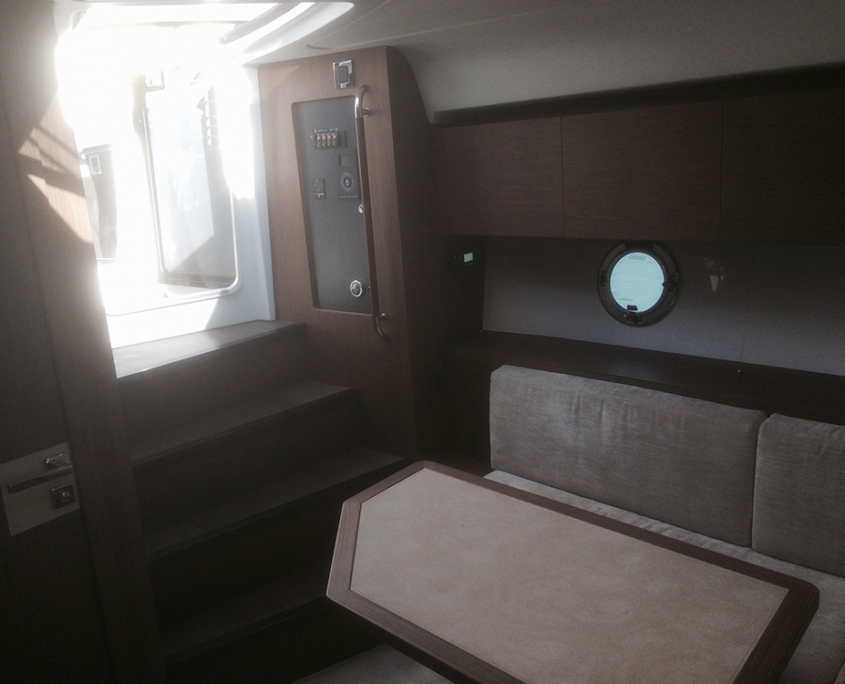 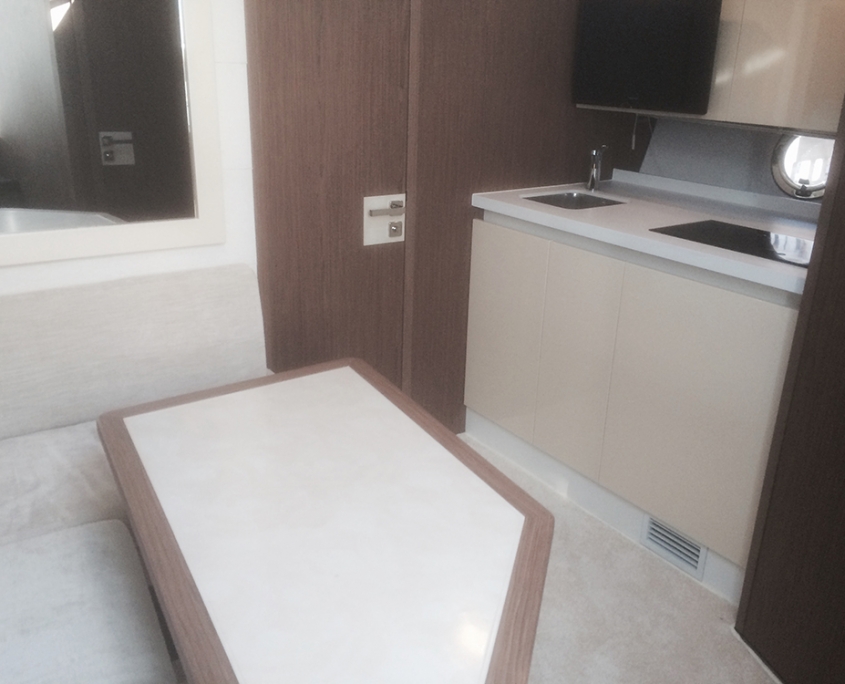 With the Gran Turismo 40, Bénéteau offers a very ambitious model, focusing on a sportier line than previously, which will be unanimous, a formidable Airstep 2 hull and a modern interior style, discreet and tasteful. More than ever, the battle will rage in the Sport Cruisers market

To power its GT 40, Bénéteau offers two double Volvo engines mounted in Z-Drive, namely 2×300 HP Volvo D4 or 2x370hp Volvo D6. What offer an immediate lift taking advantage of the effect induced by the Airstep2, which literally hangs the boat in a bend and softens its passage at sea. The maximum speed in 2×300 HP is 34 knots, for a cruising speed 23 knots.

With more taut lines and more sporty than those of its predecessor, we could expect that the interior of the GT 40 will suffer! Well it is not, the GT 40 optimizes its habitability to offer more, knowing that this model has still gained 35 cm in length and 10 in width compared to its predecessor!

On the program, two beautiful cabins and a dinette convertible into a double bed, facing the kitchen block. The GT 40 offers on its deck, a central cockpit offering 3 front seats, the seat of the seat of the pilot getting up to ride standing.

Rental rates are different according to the seasons. They are indicated by rental day, in euros, VAT including.

All our cruiser boats 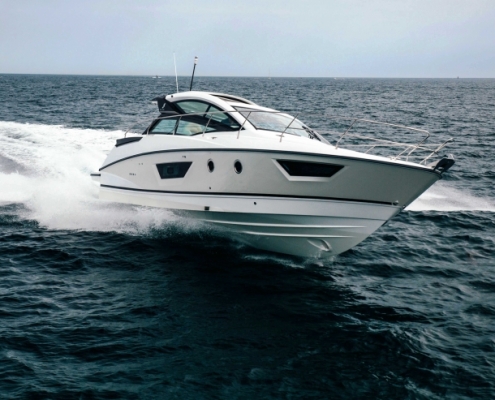 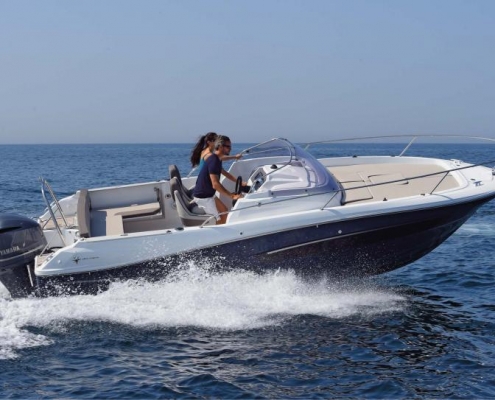 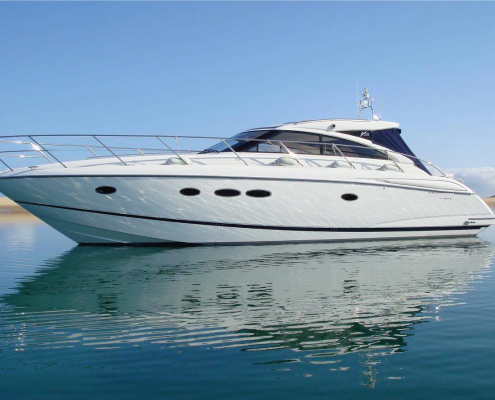 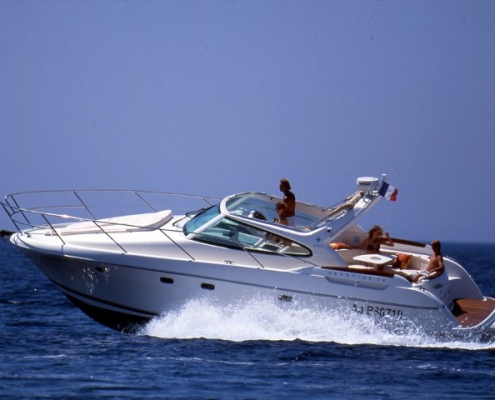 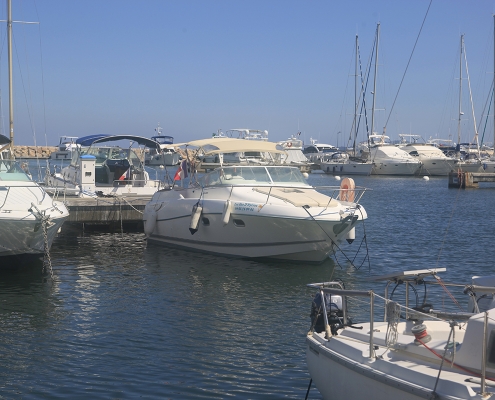 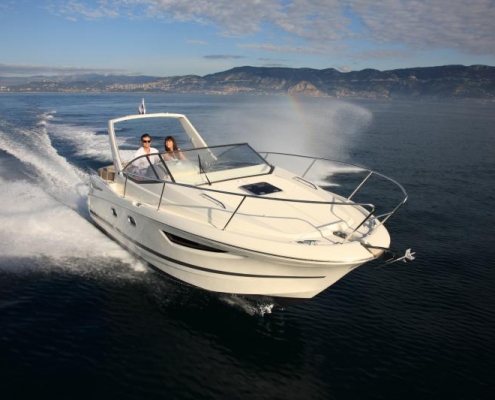 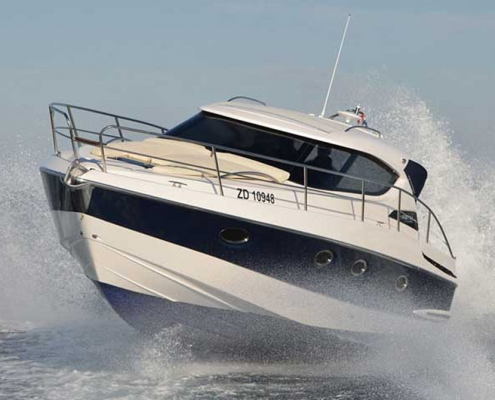 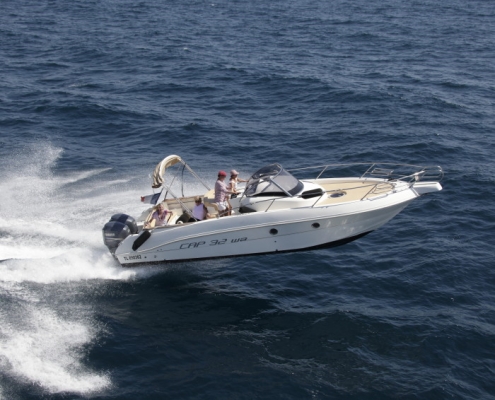 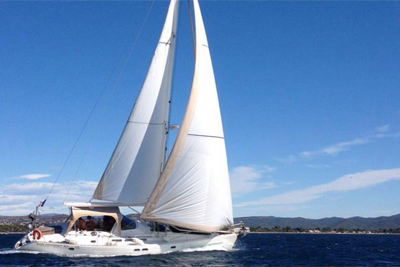 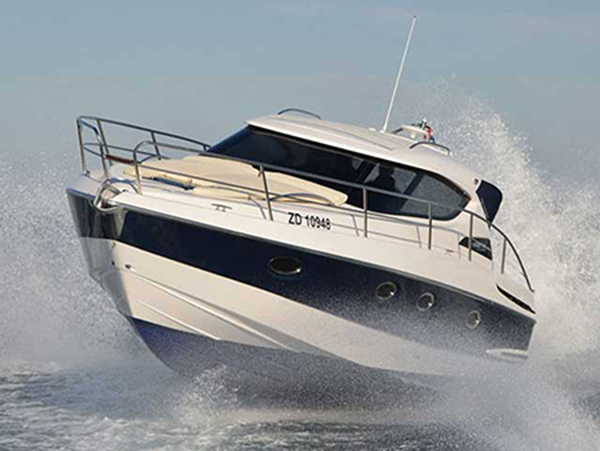 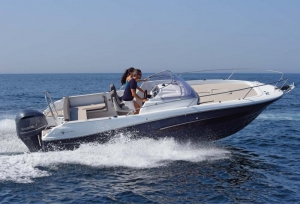 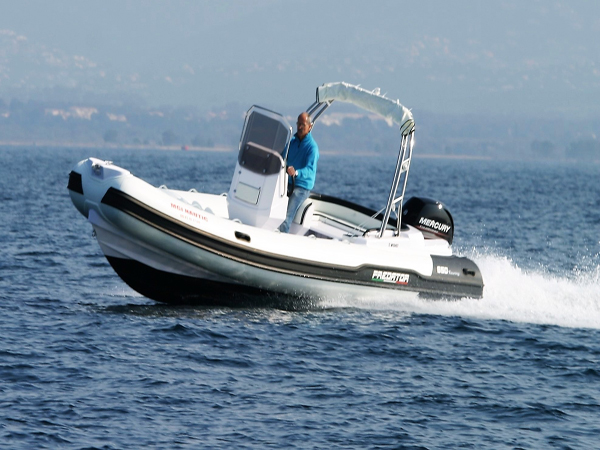